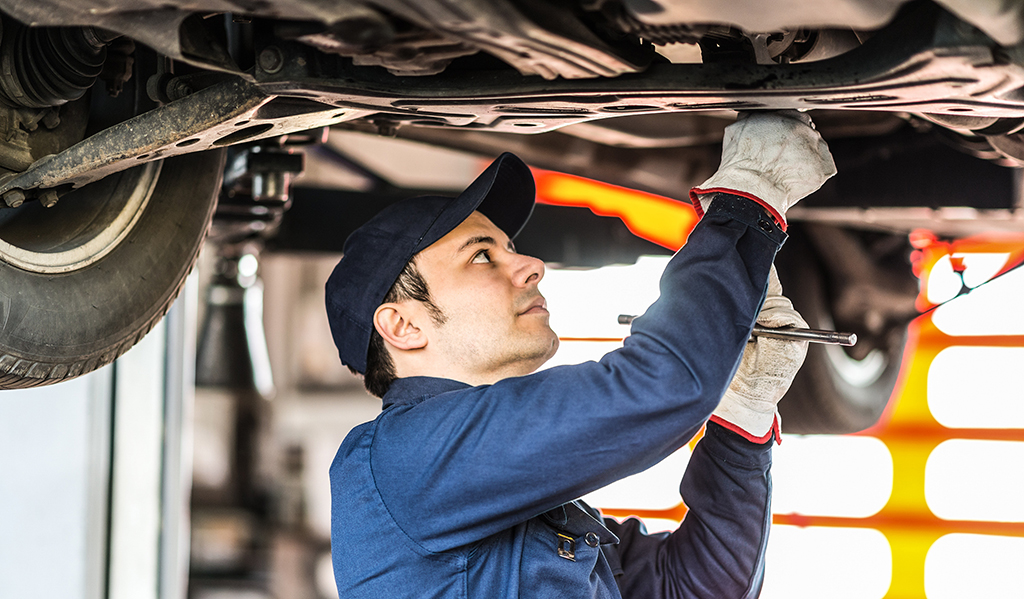 Photo By Minerva Studio at Shutterstock

In 2018, Mercedes-Benz officially became the world’s most successful manufacturer and seller of luxury, passenger vehicles. That year 2.31 million Mercedes were sold all over the world. It is easy to see why so many drivers are drawn toward the posh brand.

The Mercedes brand is continually investing in innovation and blooming technologies to help their vehicles remain competitive in every major market across the globe.

Mercedes has a long and storied history. The beginning of the mega-automobile manufacturer began in 1886 with Karl Benz’s invention of the ‘Benz Patent Motorwagen’ which is often cited as the first internal combustion engine in an automated vehicle.

The Motorwagen did not run on gas or petrol but a volatile product named ‘Ligraine‘ which was used as a spot remover, paint thinner, and degreaser before it became fuel.

ON THE WRONG SIDE OF HISTORY

In 1901, Daimler-Motoren-Gesellschaft (DMG) was formed to begin building ‘horseless wagons.’ The Daimler Benz headquarters are in the charming, medieval town of Stuttgart, Baden Wurttemberg, Germany where the first make of cars was produced in 1926.

The 770 model was a big hit with the Nazi party. Adolf Hitler had a 770 with a bulletproof windscreen. During 1944, Mercedes sunk to an unethical enslaving 46,000 people trapped in concentration camps to help manufacture the vehicles and bolster the war effort. Years later, Mercedes paid out a minimal reparation to the families of loved ones who toiled in the camps and factories.

Mercedes has seen many ups and downs throughout the century they have been doing business. Innovation has kept Mercedes at the top of the luxury passenger vehicle industry. The company continues to invest in up and coming technologies that will advance the way people get around.

Technological innovation has kept the brand profitable throughout the decades with these cutting-edge developments:

Lots of people shy away from buying a foreign car because they are afraid it will be too expensive to conduct a repair, but the team at Import Car Center knows Mercedes auto repair because we specialize in imported vehicle mechanics. It is our job to understand how a vehicle is supposed to perform and to troubleshoot any issues that might impede that goal.

Import Car Center is the most trusted Mercedes auto repair mechanic in Tarrant and Denton Counties. Our mechanics are certified by the rigorous standards set by the National Institute for Automotive Excellence (ASE) which requires them to take a challenging test after a lengthy apprenticeship guided by a seasoned mechanic.

There is a stereotype for auto-mechanics that paint many of them as tricksters looking to cut corners to bolster their profit margins, but any Mercedes auto repair conducted by one of our team members ensures you won’t have to deal with any of that unprofessional behavior.

We are proud to be the most trusted Mercedes auto repair shop in Grapevine, TX. We work hard to provide dependable services with reliable results at affordable and fair prices.

Our team members are chosen based on their level of skill, their commitment to our mission statement, and their ability to provide exceptional customer service to every person who walks through our doors.

Also, we conduct exhaustive background checks, ask our team members to submit to periodic alcohol and drug screens. A client’s confidence in our services is how we have grown as a business.

Owning a foreign car does not have to be a pipe dream. Mercedes auto repair is much more affordable than many people would guess. Sure, there are a few additional costs to owning a Mercedes Benz, BMW, or Volvo but you get so much more for your money.

These higher-end vehicles are usually the safest on the road given that they have been regularly and properly cared for. There might be a little sticker shock when you reach the dealership, but you will not find any nasty surprises when you bring your car to our garage because we believe in supporting our community!

‘My husband has been nagging me to get my Mercedes auto repair complete before we go away on vacation. I did not procrastinate on purpose. The mechanic where we usually take our cars had an accident and is on strict bed rest for the next two months!

In a desperate rush, I dropped it off at Import Car Center because it was closest to our house. It is terrible to admit, but I am never going back to our old mechanic. I discovered he was charging me nearly double for labor in comparison to the Import Car Center.

The customer service is off the charts there. All the guys put on their masks as soon as I entered the shop. I did not have to wait a single moment for service. I am SO impressed with these guys! If you need a Mercedes auto repair (or any auto repair) call them first! You will save money and time! Seriously, these are mechanics are the best in all the great state of Texas!