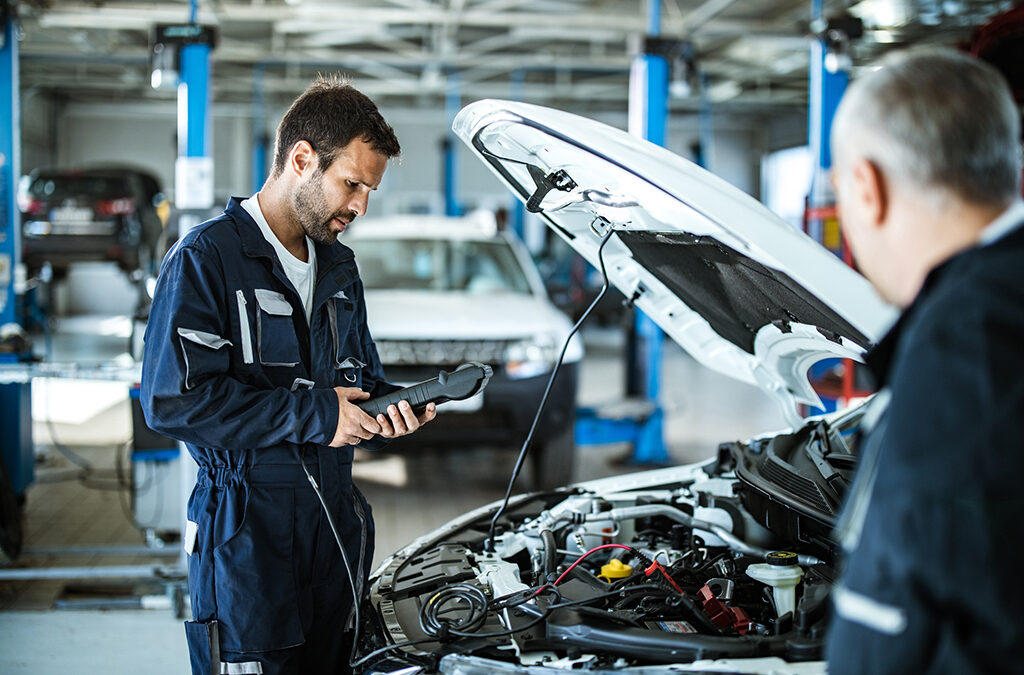 Photo By skynesher at istock

Mercedes-Benz are luxury, European vehicles that often have sleek designs and offer a smooth ride. However, as an import car, Mercedes auto repair can sometimes be tricky. The car isn’t as common here as it’s Ford and Toyota counterparts, so owners need to educate themselves. By knowing the common repair problems and the warning signs, owners can help extend the life of their vehicles.

Keep reading for the most common Mercedes auto repair problems every owner should know.

If you have a Mercedes-Benz E Class from 1989 to 1995, you may have noticed a rattling and banging noise coming from your vehicle. The model from this time range is particularly susceptible to struts that come loose or leak, causing excessive noise.

If you notice a rattling noise coming from your vehicle, take it in immediately for Mercedes auto repair.

Problems with the engine and transmission mounts are particularly common in older Mercedes-Benz vehicles. That is because the mounts on older Mercedes vehicles were made of solid rubber.

The purpose of engine and transmission mounts is to keep both appliances stable and reduce vibration for the passengers. Unfortunately, the rubber mounts often would fail over time. Vehicle owners can tell when their mounts have failed because it gives passengers a significant kick every time the driver steps on the gas. Over time, the mount failure will result in an increasing vibration in the steering wheel and passenger cabin.

Luckily, the mounts in newer models are filled with liquid and seem to perform much better than their rubber counterparts.

If you have an older vehicle, it’s essential to take it in for regular maintenance and repair. The mounts should be inspected every seven years or 80,000 miles. Replacing motor mounts can take between four to six hours of labor.

A commonly reported problem is Mercedes vehicles being stuck in the Park gear. This problem isn’t reported across all models but is exclusive to the Mercedes-Benz S and E class models. The car will start and run, but the shifter will get stuck in the Park position. This is often a result of a failure in the selector module and will require Mercedes auto repair work.

A telltale warning sign of this problem is when you begin to have difficulty moving the gear from the Park mode, with it feeling stuck or glitchy. As soon as this starts to happen, take your vehicle in for inspection.

With most of the Mercedes models, the owner manual suggests changing the ignition coil and spark plugs every 100,000 miles. However, it’s quite common for owners to start seeing issues with these components way earlier than that. Problems with the spark plugs or ignition coil are known as a “misfiring engine.” Driving with these problems can cause damage to the catalytic converter or oxygen sensor.

When you go in for your regular Mercedes auto repair, have the shop inspect these areas.

Many Mercedes-Benz owners report specific suspension components starting to break down after five years or 60,000 miles. The components include tie rods, ball joints, sway bar links, and control arm bushings. These are all vital parts that keep your suspension working and, if issues arise, Mercedes auto repair is required immediately. Failure to act quickly enough can result in the whole suspension system collapsing.

The main warning sign to look out for includes misalignment with the wheel or in steering.

Mercedes vehicles with a V12 engine often have a runnability issue. This problem often stems from an oil leak from the oil pressure switch. Some of the warning signs include cylinder misfires, a failure of O2 sensors, or the check engine light coming on.

Regular Mercedes auto repair and maintenance should diagnose this issue quickly and resolve it before it grows into a bigger problem.

Interestingly enough, Mercedes-Benz vehicles are quite susceptible to rust. You may think that this is exclusively a problem for the older models, but unfortunately, this is still true for the new Mercedes vehicles.

At least once a year, we recommend getting a flashlight and inspecting the entire car for rust. Make sure you check:

Once rust develops, it’s almost always costly to fix. Ideally, you want to catch rusting early on, so you can address it immediately before it expands.

If your windows seem to be slowing or getting stuck, schedule an inspection right away. You will want to address this problem immediately, so you’re not left with a stuck, open window that leaves your car susceptible to burglary.

In 2000, Mercedes-Benz introduced air suspension for the first time in its S-Class W220 model. It was then included in the E-Class W211 and has now become common in many of their models. The AirMatic bags replace the shocks and struts on the vehicle offering a more comfortable (and less bumpy) ride. Unfortunately, two Airmatic components, the air suspension struts and the suspension air compressor, are highly prone to failure.

For anyone looking for Mercedes auto repair in Flower Mound, TX, Import Car Center is the top choice. We have been providing quality import car repair for the Flower Mound, TX area for many years. Import Car Center specializes in European cars, including Mercedes and BMW models. We understand the vehicles, have access to the right parts, and offer fair pricing. Contact us today for your Mercedes-Benz maintenance or repair appointment.