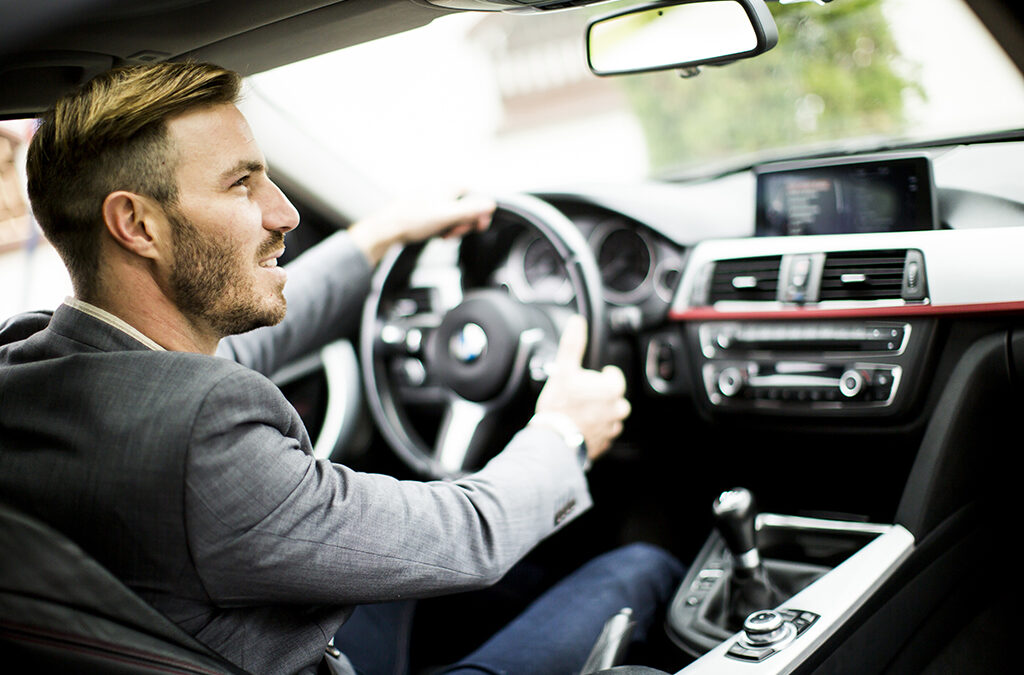 Photo By Goran Bogicevic at Shutterstock

BMW stands for Bayerische Motoren Werke AG and is in the primary control of the Quandt family who is the major shareholder in the company. The German automobile manufacturer opened its doors in 1916 as a builder of aircraft engines and continued to make plane parts until 1918 and again from 1933 until 1945.

During World War II, while the Nazi party was raging war across Europe prisoners of war made BMW aircraft engines in concentration camps. After the war concluded in 1945, BMW and all German manufacturers were banned from making plane engines or automobiles. BMW survived by making bicycles, pots, and pans.

As BMW limped toward bankruptcy after 43 years, the Quandt family stepped in and saved the manufacturer from permanently closing its doors. As of 2015, BMW is the 12th largest car manufacturer in the world.

In 2017, BMW had annual revenue of nearly 100 billion Euro which is a five percent increase from the previous fiscal year. Headquarters are in Munich, Germany but BMW has manufacturing plants in the United Kingdom, the United States, Brazil, India, Mexico, China, and South Africa.

Lots of Grapevine, TX residents believe that BMWs are just as the slogan states, ‘the ultimate driving machine.’ But BMW does not make just consumer-focused automobiles, but motorsport powerhouses that bring home trophies by producing touring and sports cars for races like the Formula 1, and the Isle of Man TT.

BMW as a company and vehicle manufacturer has embraced green technology with its environmentally-friendly hybrids and electric cars like the 2010 BMW Active Hybrid 7 or the BMW i3 produced in 2013.

Import Car Center specializes in BMW auto repair whether you have got an X4 M five-door coupe- sport utility vehicle, a 2 Series four-door sedan, an Active Tourer with five-seats, or finally the outstanding i8 which is a two-door sports roadster with an electric motor and plug-in hybrid option that needs attention. Our licensed and specialized staff of experts understand BMW auto repair unlike any other repair shop in Tarrant County and the surrounding area.

Hybrid vehicles have evolved from moderately powered cars with high fuel economies to extremely powerful engines to match their envious fuel conservation. The BMW Active Hybrid is an excellent example of a car with both of these desirable qualities.

Three separate models are found in the BMW Active Hybrid line, but each vehicle maintains fuel efficiency while providing serious horsepower under the hood. Reducing pollution, each individuals’ carbon footprint, and ensuring a sustainable planet are lofty goals for an automobile manufacturer but BMW has managed to make green vehicles drool-worthy!

The Active Hybrid 3 stands out from the other two models due to its fuel efficiency (33 miles per hour driving on the highway). 335 horsepower which means Active Hybrid 3 has more capacity than the majority of hybrids on the road today.

We specialize in several import vehicle repairs, installations, and refurbishments. While BMW auto repair is a healthy portion of our business, we do offer the following services:

BMW auto repair frequently involves topping up transmission fluid and making sure there are not any leaks in the system. Most cars whether they are automatic or manual transmission it is vital to the performance of your vehicle and your safety to make sure the transmission is functioning efficiently and cleanly.

Brakes are the most effective and used safety device in a motor vehicle. The brake pads will need to be routinely replaced to make sure that your car is safe to drive. Don’t put off getting new brake pads or repairing brakes because it could incur costly repairs and put you in real danger every time you drive your vehicle.

Tires are an important part of a car’s functionality. Bald tires can be dangerous in any weather, but rain and ice can cause older tires to hydroplane or crash. Rotating tires is necessary because you want the tire to be used evenly across the entire diameter of the tire instead of wearing one or two spots thin on the tire until the entire thing needs replacing.

Oil changes directly influence a vehicle’s performance. We see many BMW auto repair tasks beginning with the owner telling us, “I forget to change the oil regularly.” Neglecting to change the car’s oil is denying your vehicle the lubrication it needs to function and to continue working for many years to come. Invest in regular oil changes every 3000 to 5000 miles depending on the make and model of the car.

“I’ve had the worst luck with BMW auto repair shops. My BMW i3 is making a squealing sound anytime the road is uneven, slick, or relatively hot. I took the car to the dealership where the denied they could hear the squealing and adamantly proclaimed that the car’s computer would send a message if the brakes were faulty. I paid $250 for them to tell me it is in my imagination.

My friend suggested I try the Import Car Center and I’m so glad that I did. The mechanics listened to me patiently as we drove around listening for the squealing. They found the problem within a couple of hours.

There was an unknown material around the brake pads and discs forcing the brakes to apply more and more pressure to the pads and discs. I wasn’t too excited about paying for new brakes but I’m glad they caught the issue and repaired it correctly.

I’m never taking my car back to the dealership because the team at the Import Car Center are friendlier, more efficient, and certainly more affordable!”

“Most of my life I have driven economical, used cars that would just get me from A to B without taking public transportation. My Aunt died this past spring and left me as the sole beneficiary of her estate. I wasn’t expecting such a windfall from her but I’m appreciative of her generosity.

I sold my old Chevy beater and bought a 2019 BMW 8 Series Convertible in candy apple red. I never understood why so many people were car fanatics but I finally understand the allure.

Six months into owning my dream car and the check engine light is on and occasionally the car overheats. I tried the dealership but those folks just want my money for little work. I called around and finally found an affordable price from the Import Car Center to conduct the BMW auto repair.

These guys are serious professionals. They had my baby fixed up within 30 minutes and I haven’t had a single problem in eight weeks and counting! If your car is struggling you should consult this team.

I have honestly never met more honest and hardworking car mechanics in all my days!”

Import Car Center is here for you!