What’s Your Car Trying to Tell You: Nine Engine Sounds and What They Mean | Insight from Your Trusted Keller, TX Auto Repair Expert 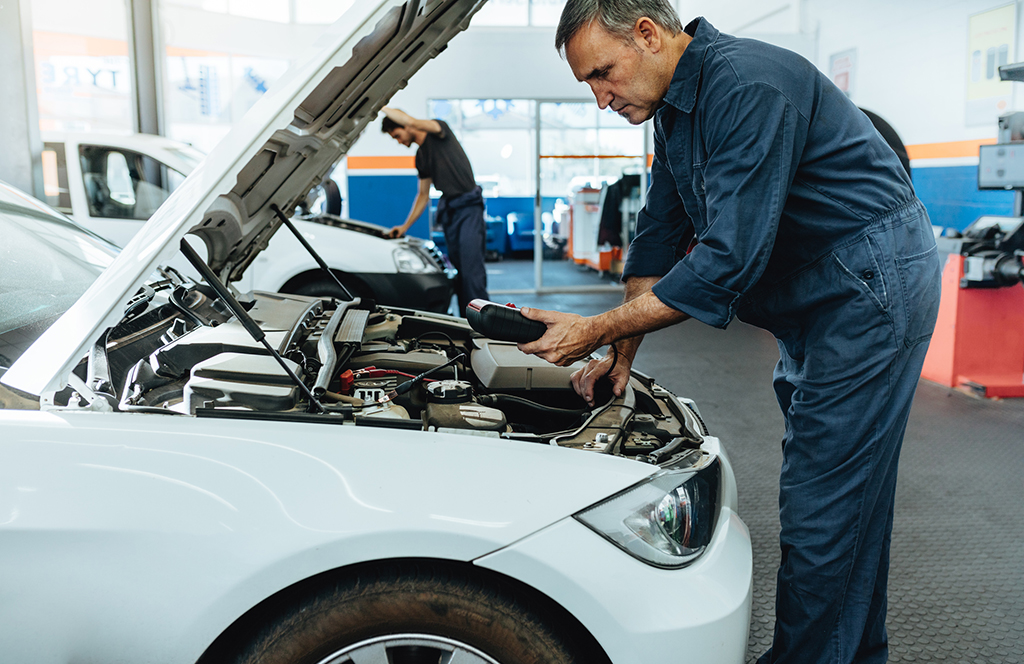 Photo By jacoblund at istock

For most drivers, hearing a mysterious noise from a car engine starts off alarm bells. In most cases, a sudden noise from your car’s engine means it needs to be taken to an auto repair shop as soon as possible. Some engine sounds may point to a minor, easy-to-fix issue, while others may indicate catastrophic damage that puts you at risk. Here’s what you should know about common engine noises and what they might mean for your car.

A knocking sound from your car’s engine is never a good sign. And unfortunately, more often than not, it points to something seriously wrong with the engine. If you hear knocking coming from your engine, it’s especially important to take your car in for service as soon as possible. As engine issues get worse, they put you at risk for your car stalling while driving, catching fire, or even exploding.

In rare cases, engine knocking may indicate a more minor issue, especially if it’s a higher-pitched sound. This may simply indicate you’ve fueled the car with the wrong type of gasoline or that your engine needs tuning. A qualified auto repair professional will be able to evaluate your car’s engine and tell you which issue is causing the sound.

Hissing from under the hood alarms many drivers. And since the engine can get extremely hot, this is usually an indication of a fluid leak. As radiator fluid or other engine fluid leaks out, it’s essentially boiled by the heat of the engine, which causes the hissing sound in question.

When you take your car in for repair, a qualified auto repair professional will be able to run diagnostics and determine where the leak is coming from. They can then patch the leak or repair the damaged tubing.

Most of us have heard the sound of a car backfiring. This happens when fuel goes through the car and is then ignited in the tailpipe. If your car frequently backfires, it may need the catalytic converter to be replaced or repaired. However, this isn’t the only possible cause, as exhaust leaks or a poorly-tuned engine may also be to blame.

If you drive an older import vehicle in Keller, TX, it’s more likely that the banging issue may just mean that your engine needs tuning. Bringing it in quickly means that an auto repair technician can address any engine issues before they worsen.

In this instance, we’re referring to a squealing sound coming from the engine itself, and not from tires or brakes. While it may sound strange, this is a common issue, and the good news is that it’s fairly easy to fix compared to many other vehicle problems on the list.

Squealing often means that an engine belt has started to slip off of a pulley. When you bring your car to an auto repair professional, they can very quickly fix the issue.

Even in applications outside of auto repair, hearing a rattling sound usually means that something has become loose. If you hear a rattling sound in your engine, an engine component may have become loose. And especially if you’ve had the car’s hood open recently, it might mean that a foreign object has fallen in and become lodged in the engine.

Hearing a general rattling may also mean that the car’s suspension is experiencing issues, or that the exhaust system has become loose. In either case, make sure you bring in your car to a qualified auto repair shop as soon as possible.

By this sound, we mean a repeated “rurr rurr” sound as you try to start the vehicle. If this happens and you also experience trouble getting the car to start on the first try, there’s a good chance that your battery is starting to die.

The good news here is that this sound doesn’t usually indicate any type of engine damage. However, a dying battery makes even routine trips stressful, since you can never be sure when the car will finally refuse to start. If you’re a driver in Keller, TX and experience this issue, Import Car Center can help — we perform auto repair as well as routine maintenance like battery replacements.

7.  SQUEAKS OR GROANS WHEN STEERING

While this one isn’t technically an engine noise, it’s easy to think that a sound from the steering column is coming from the car engine. If you just hear a squeak when turning, you may just need your power steering fluid to be topped off. However, if you hear what’s more like a long groan, the problem might be a more difficult one. This can mean a leak in your power steering lines, or that the pump itself is beginning to fail.

Like any mysterious vehicle sound, this is one that’s difficult to diagnose from sound alone. An auto repair professional will be able to tell you what the problem is, as well as how extensive the repair will need to be.

If you hear a grinding noise from under your car’s hood, it may point to an issue with a joint or wheel bearing. Grinding can also mean that there’s something wrong with your car’s transmission.

Of course, if the grinding sound isn’t coming from under the car (and if you only hear grinding when braking), there’s likely a brake pad issue. At any rate, a grinding sound is a sign that your car needs to be evaluated by an auto repair shop. Transmission issues can quickly get worse, and worn brake pads have the potential to rapidly damage your brakes.

In many cases, a tapping sound from your engine means it’s low on oil, which is an easy fix. However, it may also indicate an issue with your valve train, which is more likely if your car is older or is a high-mileage vehicle.

If you find that your vehicle is experiencing one of these (or making another engine sound), Import Car Center in Keller, TX is here to help. Give us a call at (817) 481-5665 and let us help you get back on the road.